Austropa Interconvention is the official appointed housing office and has made a pre-selection of centrally located hotels close to the conference venue at best possible rates. 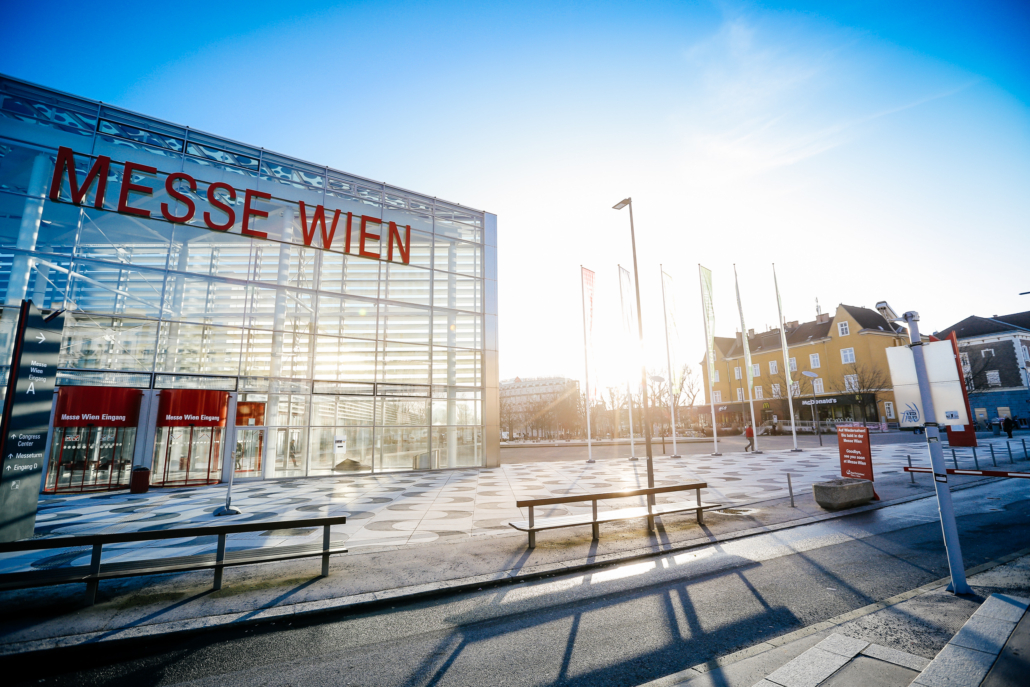 The venue for the 31st International Joint Conference on Artificial Intelligence and the 25th European Conference on Artificial Intelligence is the Messe Wien Exhibition & Congress Center, which is one of the most modern exhibition and conference centers. With up to 55.000 square meters of exhibition space, which is directly adjacent to the conference center, it offers flexible solutions for events of all kinds. The underground station right in front of the event location means that Messe Wien is excellently connected to Vienna’s public transport network. The city center can be reached by subway in just 10 minutes and the airport in around 30 minutes. Messe Wien Exhibition & Congress Center is centrally located, yet close to Vienna’s famous Prater park and around the corner from the campus of the new Vienna University of Economics and Business, the Sigmund Freud Private University and the modern, green “Viertel Zwei” business and residential area.

Current update – U2 partly closed due to underground network extension

From End of Mai 2021 until Fall 2023 the U2 only operates between stations Schottentor and Seestadt.
Direct replacement along the Ring Boulevard are the tram lines D, 1, 2 and 71.
An additional tram line is operating as U2/ (between Schottenring and Karlsplatz)
The U1 has increased intervals during peak hours. <

The rates are indicated in EURO (€) per room, per night with bath or shower and include breakfast, service and taxes.
For further information about the hotel please click the hotel name!

Individual hotel reservations - up to 5 rooms

Booking information
* Rooms will be allocated on a first come first serve basis according to availability.
* To secure your reservation a credit card guarantee is required.
* All hotel expenses have to be paid directly at the hotel upon check out. The hotel will issue an invoice. The number of overnights booked in advance will serve as the basis for your hotel invoice. Please note that the hotel is entitled to charge all pre-booked nights.

Each tour is based on a minimum number of participants.
Austropa Interconvention reserves the right to cancel tours before the beginning of the congress, should the minimum number not be reached.
Participants will be informed in time and fees paid will be refunded in full or alternative tours will be offered if you prefer.
Tours are accompanied by English speaking guides and are subject to change!

Should you need to cancel your tour:
All cancellations have to be sent in writing to Austropa Interconvention.
For cancellation before July 18, 2022 a 50% cancellation fee will be charged.
After that date no refund of paid fees can be made.

If you book a trip, stay or any other service, we collect directly or – if you do not book the stay or travel yourself – indirectly (via third parties f.e. via your employer, other intermediary travel agents, friends and family members or other organizers) the details of your trip or stay or other service (such as arrival and departure time and location, airline, hotel, car rental data) and other information required to complete your travel bookings. We may also collect special categories of information to provide accessibility, food preferences, or other desired services. If necessary, we also require the passport data from travellers. If we book trips for your escorts, we may collect the same data categories from them. Please forward this information to all those affected whose data you provide in a travel booking. Your customer data is stored in your travel or guest profile, where we collect the information required for your travel booking and the provision of our services. You can provide additional information in your travel or guest profile, including frequent flyer program credentials, regulatory identification numbers, and emergency contact information.

Austropa Interconvention acts as agent only and cannot be held responsible for any loss, injury or damage to any person or property whatever the cause may be. The liability of persons or enterprises providing means of transportation or other services, however, remains unaffected. Verkehrsbüro MICE Services cannot be held liable for the partial or entire cancellation or the change of date of the congress. In the event of cancellation or change of date of the congress by the congress organiser, Austropa Interconvention shall not be held liable for any costs incurred or disadvantages suffered, including consequential losses, resulting from the cancellation or change of date.
“Force majeure” shall free both parties from their contractual obligations arising out of this Agreement. The following events are deemed to be force majeure: war, occupation, riot, strike, complete collapse of the public utilities, complete suspension of air traffic (except for reasons of weather conditions or strike), but only if the hotel and its operation are directly concerned by these events.
In the event of cancellation or change of date of the congress, as well as in the event of force majeure, all prior expenses incurred, in particular processing expenses, shall be charged to the company/contractor.
The accommodation provider may provide the guests with adequate substitute accommodation (of the same quality) provided that this is reasonable for the guests, particularly if the difference is insignificant and objectively justified. An objective justification shall, for example, be deemed given if the rooms have become unusable, guests that have already been accommodated prolong their stay, the establishment is overbooked or this becomes necessary due to other important operational activities.
Any extra expenses arising from such substitute accommodation shall be paid by the hotel.
For all disputes arising out of this agreement, both parties to the agreement explicitly submit to the court having subject matter jurisdiction. Vienna shall be the exclusive venue for all disputes out of this Agreement. The laws of Austria shall apply.

All rates are in EUR, incl. taxes and are based on minimum of 25 pax for exclusive IJCAI-ECAI Tours. If the minimum number of participants  is not reached, the tours will be operated by our partner company Vienna Sightseeing Tours. All tours are operated in English and will be accompanied by certified tour guides. 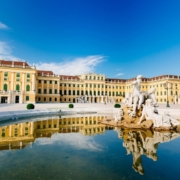 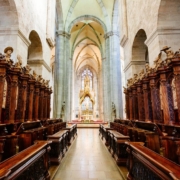 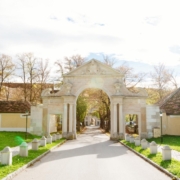 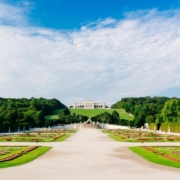 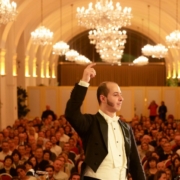 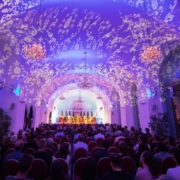 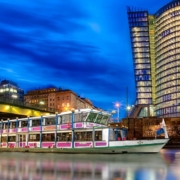 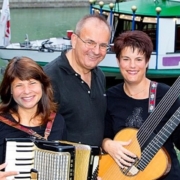 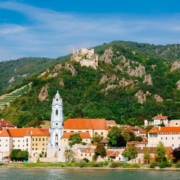 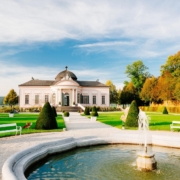 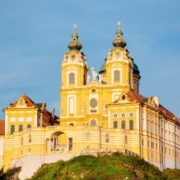 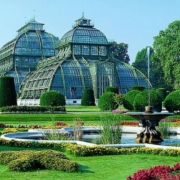 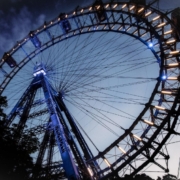 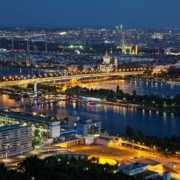 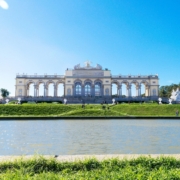 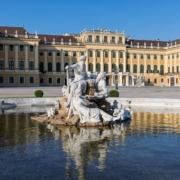 A lot can happen before the date of the conference: This cancellation insurance pays the cancellation costs if you are unexpectedly unable to attend the conference for an insured reason (e.g. because of sudden illness). Cover is also provided if you have to break off the conference prematurely.
We therefore recommend that you take out Conference Attendee Cancellation Insurance, so that you do not have to pay these costs.

An overview on Conference Attendee Cancellation Insurance can be found here.

This site uses cookies. By continuing to browse the site, you are agreeing to our use of cookies.

These cookies are strictly necessary to provide you with services available through our website and to use some of its features.

Because these cookies are strictly necessary to deliver the website, refuseing them will have impact how our site functions. You always can block or delete cookies by changing your browser settings and force blocking all cookies on this website. But this will always prompt you to accept/refuse cookies when revisiting our site.

We fully respect if you want to refuse cookies but to avoid asking you again and again kindly allow us to store a cookie for that. You are free to opt out any time or opt in for other cookies to get a better experience. If you refuse cookies we will remove all set cookies in our domain.

We provide you with a list of stored cookies on your computer in our domain so you can check what we stored. Due to security reasons we are not able to show or modify cookies from other domains. You can check these in your browser security settings.

We also use different external services like Google Webfonts, Google Maps, and external Video providers. Since these providers may collect personal data like your IP address we allow you to block them here. Please be aware that this might heavily reduce the functionality and appearance of our site. Changes will take effect once you reload the page.